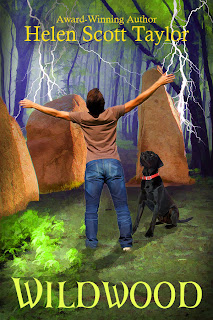 A fifteen-year-old boy is sent to stay in a spooky English village with his grandfather for the summer vacation. He always knew he was different from other kids. He just didn't realize how different until he discovers his father was linked to an ancient pagan cult. If he doesn't get out of the village soon, he might never be able to leave.


You don't have to be a young adult to enjoy this paranormal mystery. Set in a small village on the coast of England, it's steeped in Celtic lore - one of the things that attracted me to it in the first place. It's the kind of book my daughter and I would have loved to have shared when she was a young teenager.

The story pulls you in from the first, with the vivid descriptions of Todd and the inexplicable disappearance of his father. When he's sent to spend the summer with his grandfather, it at first seems like his summer is going to be boring, but with the death of a potential friend his summer turns into anything but boring.

Mystery and murder are woven together with the Celtic mythology of the Green Man. As Todd takes it upon himself to investigate the death of Andrew, he learns that things are not always as they seem and magic is all around you.

If you're a fan of Celtic mythology you'll love Wildwood.

You can find your copy on Amazon for a mere 0.99 cents