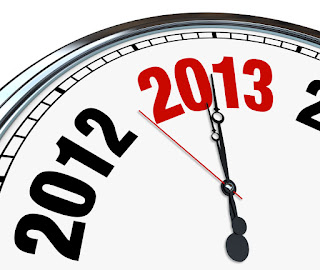 As we come to the close of another year it's time for my annual wrap-up post. I don't believe in resolutions, I believe in goals. Resolutions are too easy to break. But a goal is something to strive for and as long as you move towards it you have a win.

Let's have a recap of last year's goals and then we'll take them one by one.

1. Organize my days
2. Publish three books
3. Get more involved with the business of publishing
4. Do more self-promotion
5. Find a writing schedule I can live with and stick to it
6. Websites
7. Eat healthier
8. Exercise more
9. Crafts
10. Read a better variety of books

1. Organize my days
With the help of Organizational Queen Jamie DeBree I did make a start on this in the fall. She worked out a starting point for me and I started to refine it, but before I could really get in the scheduled groove I fell off the wagon when NaNo time arrived. That's my excuse and I'm sticking to it. I give myself a quarter mark here because at best I was organized for all of three months.

2. Publish three books
The books I listed in last year's list were: An Elemental Fire; the Faery Heart; and Shades of Errol Flynn. I got An Elemental Fire published, forgot all about the Faery Heart, and although Shades of Errol Flynn (which has been renamed) is finished, it still needs to be edited so it'll be another couple of months yet. It ran much longer than I thought it would - at times I thought it would be the story that never ends! I give myself a half mark for this goal. :-)

3. Get more involved with the business of publishing
Yeah, this was pretty much a failed goal. I dabbled a bit, bookmarked some sites . . . I can't in good consciousness give myself any kind of a mark here.

5. Find a writing schedule I can live with and stick to it
This one kind of goes hand in hand with number one, but I also intended on setting a daily word goal for myself and to pick a non-serialized project and work on it until it was finished. Another utter failure. My writing is sporadic at best and the only things I've finished are really short stories. Think flash or less.

7. Eat healthier
I was diagnosed with diabetes more than a year ago, and I'll be the first to admit I'm a bad diabetic. I try to eat properly, but food that's bad for me tastes so much better! And then over the holidays I started staying up later, which meant I was sleeping in, so I was skipping breakfast. I'm giving myself a half point here 'cause I did try.

8. Exercise more
Last winter was mild enough that I was able to walk most days, but the summer was so hot that I kind of fell off the walking wagon. In the fall I lost my walking buddy and then due to other health reasons outdoor walking was no longer the best option for me so I switched to the stationary bike for a while, but even that petered out. So I get a half mark for my half-hearted attempt here.

9. Crafts
As I pointed out on last year's list, I have a crap load of craft supplies and the goal was to start using them. *sigh* Other than Christmas crafts, this was pretty much a fail too. No points here 'cause I only worked on them for a couple of weeks.

And there you have it. Add them up and I have a grand total of 2 1/4 marks. Looking back at my lack of success I only have myself to blame really. If I had worked a little harder on the organizational thing, it would have helped all but the eating healthier. And even then, part of eating healthy is to eat on a regular basis.

So while last year was disappointing in many ways, I'm not discouraged. There's always next year. And next year just happens to be only a few days away. Monday I'll be posting my goals for the New Year - check back to see if they've changed. ;-)