Minions can be strange creatures. Mine are very set in their ways. For instance, each of them has a different place they like to sleep during the day: three of them in my office with me, and the other across the hall in the workroom. Let me introduce them to you.

First of all, on the bookcase along the wall in front of my desk, we have Taz, aka the Tazmanian Devil, aka Razamataz, aka Fluffums: 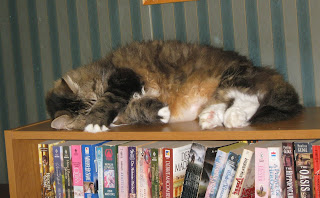 Next, on the chair between my desk and Taz's bookcase, we have Julius, aka Sunny Bunny: 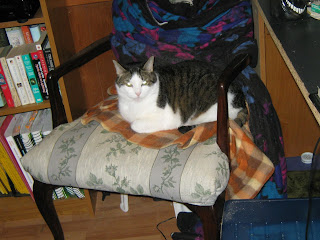 Behind me, in a plastic bin on top of a small desk in the closet, is Dante, aka Double D, aka Sweetums: 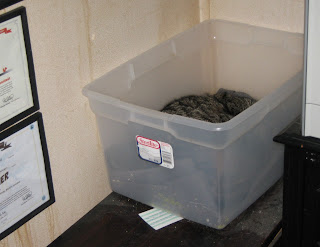 And finally, across the hall under the blanket which was put on the futon to keep the cat hair off, is Romulus, aka Romi, aka Quit Bugging Me: 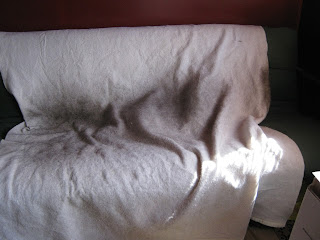 Minions are very useful creatures. For instance, they make excellent alarm clocks. When it's time for me to get up in the morning Romi will sit beside my side of the bed and meow loudly, while his brothers Julius and Dante will pull the covers off me. Unfortunately, their accuracy at telling time leaves much to be desired as they're anywhere from 10 to 30 minutes earlier than I care to be up.

They're usually waiting impatiently for me outside the bathroom door, and then race down the stairs ahead of me. I tried to get a picture but my camera has a delay on it and they're just too fast. :-)

As the resident heavy-weight, Romi is very good at protecting the house from the forest creatures that inhabit our backyard: 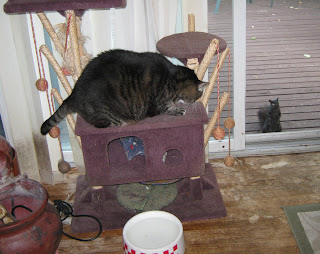 Dante, on the other hand, likes to make sure I don't work too hard and is quick to let me know it's time for a break. And since I have to go to the kitchen anyway to get my cup of tea, would I be a dear and toss down a few kitty treats? 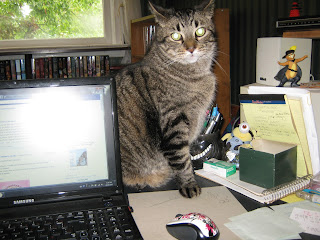 Taz, who is the father of the Terrible Trio, keeps vigil at the window in my office to make sure nothing gets in that way: 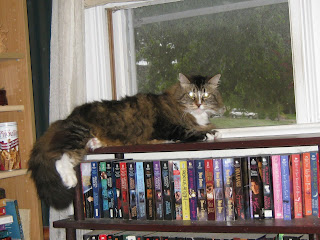 It's not all work and no play, however. My minions have a basket of toys in the living room, although they're much better at getting them out than they are picking them up again: 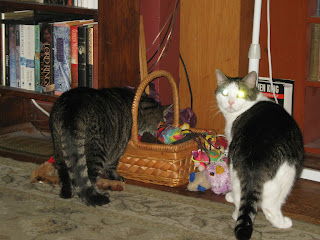 I tried to get a picture of my minions in a single group, but the best I could do was three at once. Notice the smug look on Dante's face because he got to the coveted place mat before his brothers: 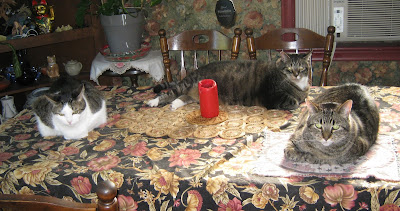 And there you have it folks, my minions. I don't know what I'd do without them. :-)