On knitting versus crocheting ...

And just as I have these two friends who are flexible enough to give both knitting and crocheting a try, I have others who ... aren't. There's a surprising number of knitters out there who look down on the lowly crochet hook, while there are just as many crocheters who will convert a pattern to crochet before attempting to knit it. Each believes their way is the only way. 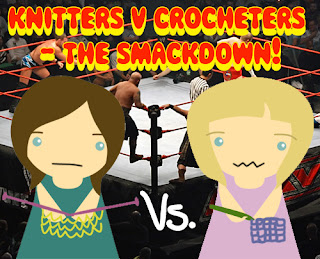 So what's the difference, really?

Both use yarn to make sweaters, afghans, toys, lace, mittens, scarves ... Both work from patterns that have almost indecipherable abbreviations in them - sometimes the same abbreviations. Both require hand-eye coordination and the ability to stick with a project. And both require patience. Sometimes a lot of patience.

The first big different is equipment. Crochet uses a single hook. It may be large or small, made of steel, wood or plastic, but the basic design is the same - it's a hook. Knitting, however, uses pointy needles. Most commonly these needles will be long with the point at one end, but you can also get double pointed needles (points at both ends) or circular needles (joined by cord). 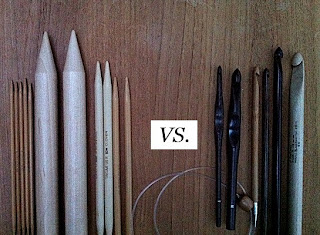 Both crochet and knitting involve manipulating loops of yarn that build on each other to create rows. But here's where we find the difference. With knitting you keep the active loops on one needle. Each stitch supports the one below it and if you "drop" a stitch (it falls off the needle) the whole column of stitches below it can unravel. With crochet only one loop at a time is active. Again, the stitches build on top of each other, but the active loop is the only one on your hook. 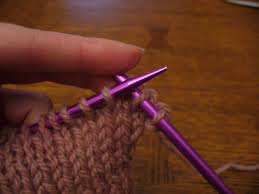 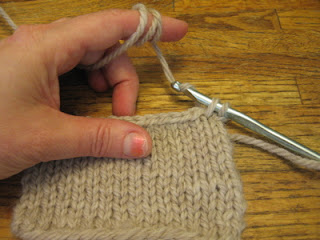 I don't remember learning to crochet, although I'm pretty sure I learned from a book. But I do remember learning to knit. I was pregnant at the time and all my female relatives thought it was appalling that I wasn't knitting my baby a sweater. So I taught myself to knit and made a cute little wrap around sweater with booties to match in the garter stitch (straight knitting with no purling).

So which is better?

For me, it depends on the pattern and the project. For big things like afghans or tiny things like snowflakes, I prefer to crochet. With the afghans they just seem to go faster with crocheting, although I have to admit I haven't knitted many afghans. Probably because I'm afraid of dropping a stitch near the end of the project and having to start over again. And while a crochet project seems to take forever using a tiny steel hook, it's much worse when you're having to use tiny steel knitting needles.

But sweaters, gloves, scarves, or any other medium sized project seems to go quicker with knitting. I actually did try to crochet a sweater once ... it was not a pretty sight. ;-) One of my sisters is an avid crocheter. I remember she once crocheted herself a bikini and cover-up out of cotton thread. I wouldn't have the patience for something like that.

And that, I think, is the secret to my love of both knitting and crochet - patience. I don't have a lot of patience for these things and I tend to stick to rather simplistic patterns. I don't crochet doilies or lace tablecloths, and I don't knit sweaters with pictures on them. If it starts feeling like too much work, it's time to set it aside.

So. Which is better, knitting or crocheting? 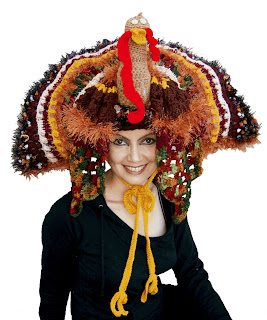 Whichever gives you the most pleasure. :-)