Do you remember your first computer? I remember mine. It had a monochrome monitor (amber on black, unlike the more common green on black), two floppy drives (and we're talking the 5 1/4 inch floppies here), 250K of RAM and a 40 meg hard drive. That's right people, 40 megabytes. 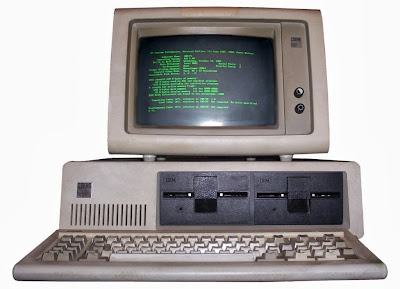 You notice the lack of a mouse. There were no mice for computers back then. Nor were there any windows. You typed commands in using something called DOS - Disk Operating System. It was kind of fun actually. You turn on your computer and you'd get a DOS prompt: C:\ blinking at you. Say you wanted a list of files that were on your computer. You'd type in: C:\>dir and a list of all the files on your computer would appear.

My printer, at that time, was a dot matrix printer. Anyone out there remember them? You fed fanfold paper into them and they'd spit out pages of text that had to be separated along their perforated edges, and the text was made up of little dots which publishers found incredibly annoying. 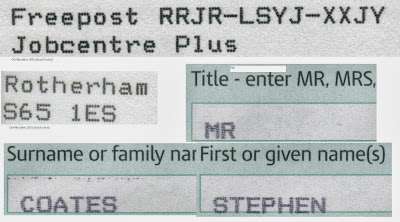 My computer did not connect to the internet. I'm not even sure there was an internet back then. ;-) Okay, I may be exaggerating just a tad, but the internet was definitely beyond my means at that time. It would be several years and at least two computer upgrades before I was on-line, and in those days it was via dial-up access, which meant that when you were online you were tying up the phone line. It was an external 1400-baud modem that plugged into the computer. You had to enter a number given you by your ISP into the computer's dialing program, wait for the beeps and tones to subside, and then you were online. 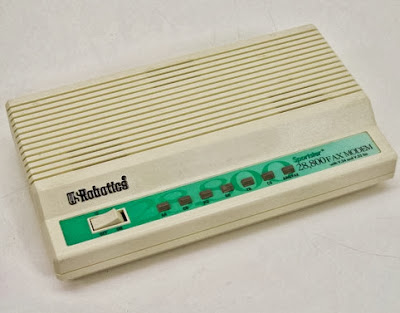 Today I use a Samsung notebook with 6 GB of RAM, something like 600 GB of space on the hard drive, and wireless access to the internet. And my printer? I have a colour laser printer that prints as clear a copy as you'd ever want to see. I've come a long way baby! :-) 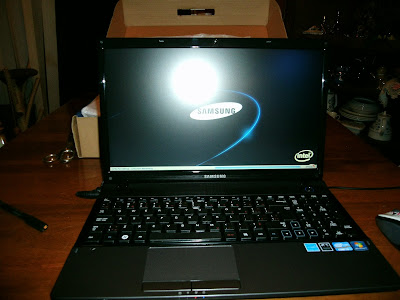