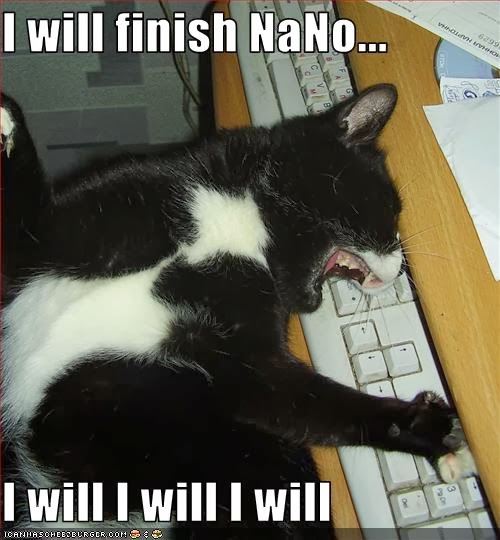 Well, we've made it to the end of Week II.

I've been a little more consistent in the daily word counts, but I've slipped back into my habit of writing mostly at night.

And even if I don't make the 50,000 word goal I'll still have a good start on book III of the Moonstone Chronicles.

This week's excerpt comes from after Ellen, Howard, Sebastian, and Kaelan have started their journey towards the Wild Woods Elven Realm. Howard is feeling a little left out because if they are attacked he's going to be pretty useless. He hasn't had time to learn any defensive magic and he's pretty inept with anything with an edge to it. So Ellen offers a solution.

"I've been thinking, Howard . . ." Ellen said as they finished their lunch.

"Ha, ha. No, seriously. I know that an edged weapon is out as far as you're concerned, but what about a staff?"

"Yeah, like Gandalf in Lord of the Rings. Don't all wizards carry staffs?"

"Gandalf's staff was magic, I don't think it works that way here."

"I was thinking more about you carrying a staff to defend yourself with."

"You really think a wooden staff would be any use against a sword?" Howard asked skeptically.

"One of my brothers was part of an exchange program with a student from Japan. Akiro was really good with the bo - a staff used for fighting in the martial arts - and he taught us all to use one. And Jack, my brother, picked up some pointers when he was in Japan. During a sparring match between my father and Akiro, Akiro was able to disarm my father using his bo. You should have seen my father's face." It was one of her fondest memories.

"Do you really think you could teach me?" Howard asked hopefully.

"I can try. We can practice during our breaks." She grinned suddenly. "At the very least, it'll keep our muscles limber."

"Could you teach me as well?" Sebastian asked suddenly.

They looked at him, surprised.

He shrugged. "Sometimes I find myself in situations where a weapon is needed, but a sword is a little . . . "

"Exactly. At times it needs only a show of strength to ward off an attack. With a sharp sword a person can become injured for no good reason. I have seen staffs being used for defense in the west. In some cases they're even used for attack. I've just never had the time to learn. Or anyone to teach me."

"I don't see why not. And it might be easier for Howard to have someone his own size to spar with," Ellen said with another grin.

It was on the tip of Kaelan's tongue to ask Ellen to teach him as well, but when it came to fighting, he preferred a weapon with an edge.

"Where are we to acquire these staffs with which to fight?" he asked instead.

Sebastian pointed to a spot downstream from where they were gathered. "There is a stand of ironwood trees just over there."

"It takes a special axe to cut into ironwood. The wood itself is not good for burning so we have no such axe with us."

Ellen looked thoughtfully towards the grove of trees.

"You have an idea?" Kaelan asked.

She nodded. "Maybe we don't need to cut them. Howard, come with me."

Mystified, he followed behind as she led the way to the grove. The trees were perfect for their needs. The trunks were squat and thick with a bush of leaves at the top, but the limbs were long and straight. They wouldn't even need to trim excess branches or leaves off of them.

"Okay, do your thing, Howard."

"What thing?" he asked, completely baffled.

"Your magi thing. Use your earth magic to ask the trees nicely if we could have three of their straightest limbs - about six feet long."

He looked at her dubiously. "I think you've been out in the fresh air too long. All this oxygen is affecting your brain."

"There's no harm in trying," she insisted.

"Your success in Lady Aracelia's garden does suggest you have talent with the earth magic," Kaelan said.

Howard looked helplessly over at Sebastian. "This is crazy, right?"

Sebastian grinned at him. "It's only crazy if it doesn't work."

Huffing a heartfelt sigh, Howard walked into the grove. When he reached the center he stopped. Closing his eyes, he reached inside for his magic spark, separating out the green thread. It was much easier this time. Feeling foolish, he began to speak.

"Uh, I don't know if you can understand me, but I need a favour. If three of you ironwood trees would graciously allow me to have three of your straightest branches - about as long as I am - I would greatly appreciate it. And in return, I'll give each of you a drink of my earth magic."

For a long moment, during which Howard projected peaceful intentions towards the trees, nothing happened. Then there was a sound like branches rattling together, like a shiver went through the grove. There was a gasp behind him. Howard opened his eyes and just about gasped himself.

Lying on the ground, where there had been nothing before, were three long limbs. "Those are perfect!" Ellen exclaimed.

"I, um, thank you," Howard stuttered. He went to each of the three trees that had shed a limb and placed his palm on their trunks, concentrating on transferring earth energy to each of them in turn. After the last one, he staggered slightly. "Whoa!"

Sebastian hurried over to steady him. "After all those times you scolded Jessica for over-extending herself, here you do the same thing," he scolded. He helped Howard back to where they'd sat for their lunch.

"Sorry," Howard said. He looked up at the concerned faces surrounding him. "Really, I'll be okay in a minute or two."

"At this stage his magical energy is tied to his personal energy," Sebastian explained. "He's depleted his resources."

Kaelan went over to the supplies and returned with a water skin and a handful of dried fruit. "Here, these will help."

"Thanks," Howard said. Although his stomach turned at the thought of eating anything, he knew the elf was right. His blood sugar was probably dangerously low. He nibbled on the fruit, alternating it with sips of the water.

"This wood is amazing," Ellen said, holding one of the limbs in her hands. "It's the perfect weight for fighting - not too light, not too heavy. And it's so unbelievably dense!"

"It's ironwood," Sebastian said by way of explanation. "It's not particularly rare, but it's so incredibly difficult to work with that items made of it fetch incredible prices. It is said that only earth elementals are able to create designs in ironwood."

Howard brightened at that. "That will be my first goal when I learn elemental magic properly - embellishing our staffs." 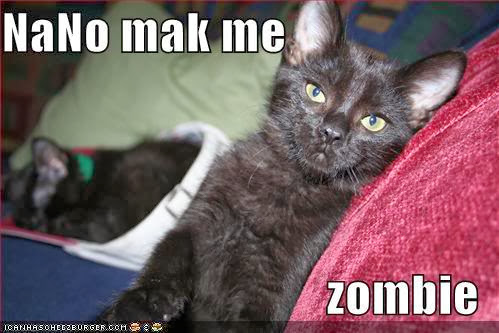