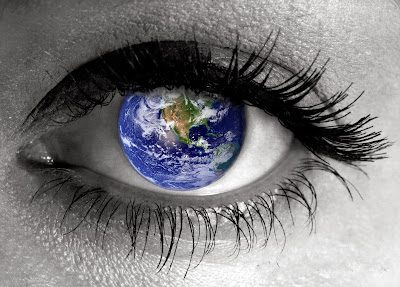 The seeker-class scout ship seemed miniscule in comparison to the Firefighter Starship it shot out of, but for Zephryn it was the perfect size. It could comfortably hold three people for long range missions, but was perfect for just one. Or in this case, two.

"Now that we're underway, can you share what exactly it is we're looking for?" he asked the small, grey being in the seat beside his.

"You will know it when you see it. Keep to the co-ordinates I have inputted into the navigational computer."

Zephryn sighed. He should have known better than to expect a straight answer from Da'nat. Most of the Illezie he'd met were the same way, never answering questions directly but couching everything they said in mysteries and riddles. They could be quite an annoying species at times.

"I find it most interesting that you enjoy the vastness of space so much."

Zephryn tore his gaze away from the stars streaming past to glance at his companion. "Why is that?"

"Most of those liberated from Dr. Arjun's compound have displayed varying degrees of agoraphobia, yet you seek out the open spaces."

Shrugging, Zephryn faced the stars again. "Space has always fascinated me. All my independent studies when I was growing up had to do with space and flight."

Growing up in a compound, product of an illicit breeding program, there had been little to occupy himself with except studies. The information they had access to was strictly controlled, and they weren't encouraged to socialize. But now that he was free he could finally live the life he dreamed of.

As the days passed with no change in course, Zephryn felt as though his curiosity would eat him alive. He passed the time exercising and watching vid-cubes, sometimes just sitting in front of the view port watching the stars stream by.

The tiny hold of the ship was filled with scientific equipment, most of which was unfamiliar to him, but when he asked Da'nat about it he was simply told, "It's Illezie. Don't touch any of it."

Da'nat spent most of his time in meditation.

They were five days out when Zephyrn realized where they were headed.

"Do you realize you have us going straight to the Deadlands?"

He wasn't sure whether to be excited or apprehensive. The Deadlands was an area of space that was devoid of pretty much anything except minerals. The Mining Guild laid claim to it and didn't appreciate outsiders. On the one hand, it was a dangerous place to travel to. But on the other hand, the explorer in him relished the adventure of it.

Da'nat checked the navigational computer. "You are correct. We will be entering the Deadlands to reach our target."

"What is our target?" Zephryn asked impatiently.

"That." The Illezie pointed towards the front view screen.

Zephryn squinted his eyes. There was definitely something ahead of them, barely discernible but rapidly growing larger as they hurtled towards it.

"It is elemental energy," Da'nat said, a note of awe in his voice. It was that note that had Zephryn looking at him in astonishment.

"You need to bring us as close to it as possible."

"There are things about it . . . so much is unknown. It is a phenomena that should not be possible, and yet it was predicted generations ago. We did not know we would be the instruments of our own--" The Illezie broke off whatever it was he was about to say.

The object was shaped like a comet - a rough ball with tail streaking behind it. As they drew closer Zephryn activated the forward shields to protect their eyes from its brightness. It was a brilliant white, threaded with streaks of blue, green and yellow.

"Where did it come from?" Zephryn asked.

The little ship shook as an energy burst hit them. Whatever the Illezie was going to say was drowned out by the sound of alarms.

"Hang on!" Zephryn yelled. He fought with the controls of the ship. The inertial dampeners were off line, the electrical system was failing. "We're going down!"