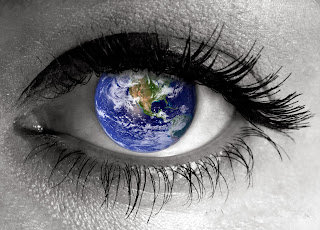 Chloe pressed her hands to her warm cheeks, trying to will the flush to go away. She couldn't believe the handsome stranger had caught her wearing nothing but a towel! And what was he doing awake anyway? Granny had assured her he'd be unconscious for at least another day.

She didn't know how her mother had got a message to her, but Granny had been waiting for her when she arrived back at the cottage with him on the sled. She'd helped Chloe bring the stranger inside but shooed her away when it was time to undress him.

Probably just as well, just the sight of him sitting up in her bed without his shirt on was enough to send her heart rate into overdrive. Seeing all of him at once might be more than she could handle.

Grinning at her fanciful notion, she continued on to the kitchen to heat him up some broth. Her smile faded though as she realized it would be best if she did not acquire any romantic notions about him. It was too dangerous, not just for her, but mostly for him.

It was just as well he'd awakened early, she wouldn't have to worry about him wandering off while she was in the mines tomorrow. But now that he was awake, what was she supposed to do with him? How long were they going to be able to keep him hidden from Gannon? She wished her mother would wake up and tell her what to do. This had been her idea in the first place.

She arranged a bowl filled with broth and a couple of thick slices of the bread she'd baked that morning onto a tray and carried it back to her room. The stranger, Zephryn, had a pillow propped up behind him and was leaning back on the headboard. His eyes were closed but they snapped open when she entered the room.

They were grey. His eyes were the grey of a stormy sky, fringed with dark lashes, and they looked straight into hers as though he could see right into her soul.

"I've brought you some broth," she said, slightly breathless though she had no idea why.

"It smells wonderful, Chloe," he said as she placed the tray on the small table beside her bed. His voice was smooth textured, sending a shiver right through her.

"I'll let you eat in peace," she told him, turning away.

Chloe hesitated in the doorway. She really should check on her mother, but perhaps it wouldn't hurt if she stayed. Just for a little bit. Perching on the edge of the chair, she watched him take a few sips of broth and a bite of the bread before asking, "Where are you from?"

"I was born on --" he broke off what he was going to say and gave a rueful chuckle. "You know something? I never knew the name of the world I was born on. But my ancestors are from a world called Ardraci."

"Ardraci," she repeated, knowing her mother would wish every detail. "Have you ever been to this world of your ancestors?"

"Yes, briefly." A frowned flitted across his face. "I did not feel comfortable there and so I left again. What about you? Are you alone here?"

"No, my mother is here as well, just down the hall. She worked in the mines, like me, until she became too sick to do so."

"I'm sorry," he said. And she could see that he meant what he said. "Is it serious?"

Chloe looked away from him and sighed. "Many of the miners suffer from the same illness, but most of them recover. My mother has been having a difficult time regaining her strength. The mine doctor comes to see her once a week, but . . ." She shrugged.

"Perhaps." Deliberately changing the subject, she asked, "Where were you going, before you crashed here?"

"I was on a scientific expedition, following an anomaly through space."

"Oh," she said in surprise. "You're a scientist." Somehow that just didn't seem to fit him. She saw him more as an adventurer.

"Not really," he said with his ready grin. "Just in this one case. And we've seen how that turned out."

They shared a laugh that died quickly as they stared at one another. To shake off the uncomfortable sensation, Chloe got up and picked up the tray. "You should rest now, Zephryn. Like my mother, you need to build up your strength."

"The broth was delicious Chloe, thank you."

"You're welcome," she said.

As she carried the tray out of the room she could feel his eyes on her. For no reason she could name, the feeling made her smile.