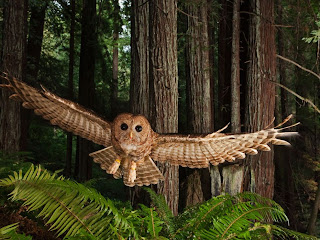 “Today is your final exam in shapeshifting. Those who pass – yes, Raphael,” the wizard said with a sigh.

The redheaded lad at the end of the row lowered his hand. “What happened to Gordie?”

“Gordie did not pass the last part of the test—”

“But we practiced together and he could turn into a fish real easy.”

There were a few murmurs of agreement from the other boys.

The wizard’s teeth ground together. “There are three parts to the shapeshifting exam – animal, fish, and fowl.”

Raphael looked like he wanted to say something else, but the boy beside him poked him in the ribs and told him to be quiet.

“Each of the shapes we have studied has its own unique aspects. The animal was easiest, can anyone tell me why?”

Raphael jumped up and down, waving his hand in the air but the wizard called on Alfred instead.

“Because with an animal, all we have to change is our form. With the fish we also had to learn how to breathe underwater and with the fowl we need to learn to fly.”

“And can anyone tell me why it’s important that we be able to fly when we shapeshift into a bird?”

The boys shuffled in place, looking at each other.

The wizard allowed himself a slight smile. “Perhaps this is something you’ll learn while taking the test.”

He led them to the gorge that bordered the forest. “You must not only be able to transform into the bird of your choice, you must be able to hold the shape and make your way back to the school.”

Again there was murmuring from the boys as they looked at each other.

One by one, the boys approached the edge of the gorge. The first boy chose a robin for his shape. He peeped once and then fearlessly leaped from the edge. Next was a ragged-looking sparrow, followed by a crow. The crow took three tries before he was able to make it into the air. Alfred choose a canary, but was unable to hold the shape.

He turned back into a boy and blushing, asked to be allowed to try again. The wizard nodded and this time Alfred chose the much plainer cowbird. With only a slight hesitation he spread his wings and soared away towards the school.

Raphael couldn’t make up his mind what kind of bird he should become. He wanted to impress the wizard, but in the end he decided play it safe. There was one form he and Gordie had practiced a lot, dreaming of one day carrying messages too and from the battlefield.

He moved slowly to the edge of the gorge and concentrated hard. In seconds he transformed himself into a pigeon. He was so busy congratulating himself on a job well done that he failed to notice the spotted owl swooping down behind him.

Back at the school, the rest of the boys waited for the wizard.

“I’m sorry Alfred, but Raphael didn’t pass the test. Now, you boys go along to lunch. I’ve already eaten.”
Posted by C R Ward at 8:00 AM

Of all the Carlos Castenada characters, Don... Don... what was his name? The one who laughed all the time and went off into the bushes to fart?

I took a lot of good mescaline in those days, and I do not regret one bit of it.