It looks like moving the flash day to Saturday worked last week, so we'll try it again this week.

Got my other posts up as scheduled too. Yay me! :-)

Last Monday was my Scribe's meeting and the prompt we had to work with from the previous meeting was to create a bad beginning for a novel (along the lines of “It was a dark and stormy night”), preferably in a single sentence. Our limit is supposed to be 150 words, but mine came out closer to 200 words:

It wasn’t a dark and stormy night, but it should have been, thought Lady Fairweather as she smoothed the slippery, silk folds of her deep cerulean blue evening gown with her soft white hands, hands that not one of the Duke’s hundred guests would ever guess had only hours before been caressing the brawny, well muscled chest of the stable master, a man who deserved the title of master on so many levels, although it had been his excellent work with the horses that had gained him the position in the first place despite the rumours that followed him, a tidbit of illicit gossip regarding the wife of the Earl of Bothwith and what she and the stable master had been caught doing by the sister of the Earl, who had gone in search of the stable master, although the excuse she gave was that she had thought to go riding and was in search of a horse, even though everyone knew what kind of “riding” she had in mind and it had nothing to do with horses, unless you wished to describe the stable master as a stallion, and Lady Fairweather now knew first hand that such a comparison was more than warranted.

The Pearl of Wisdom for the week will be Point of View.

And now, the picture prompt of the week: 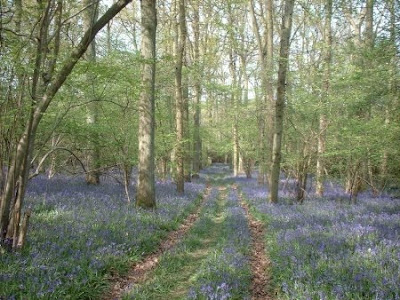 If anyone has a picture they think would make a good/interesting story prompt, feel free to send it to me at carolrward(at)gmail(dot)com.
Posted by C R Ward at 8:00 AM

Genial brief and this fill someone in on helped me alot in my college assignement. Thank you on your information.