Yes, I know I posted this guy over on my other blog but he's just so darn pretty I thought I'd share him over here as well. ;-) 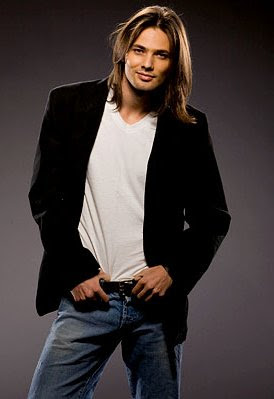 Two days of NaNo under my belt and it's going pretty well, other than the fact I don't seem to get any real writing done until after midnight each day. For those who aren't participating in NaNo, I thought I'd share the plot (such as it is) of what I'm working on for the next 30 days:

Shannon Price and Jaxson Hunter were highschool sweethearts until a series of unfortunate events sent Jaxson seeking his fortune elsewhere. An anonymous, one night stand starts Jaxson thinking about that night and the girl he left behind. A visit to his brother in the old home town proves to Jaxson that those old feelings weren't buried quite as deep as he thought, and the encounter he thought was anonymous was anything but that.

But the girl he left behind is a woman now, a married woman. And looking too closely into what really happened that night may bring disaster to them all.

And for those of you who are participating in NaNo, you'd know this already if you were my writing buddy. :-p I'm Lady Cat over there. Look me up and add me to your buddy list!
Posted by C R Ward at 10:22 AM

Oooh, I love your summary! So much tension--sounds like a fun book to write :)

you better get one day ahead or you'll miss the deadline.