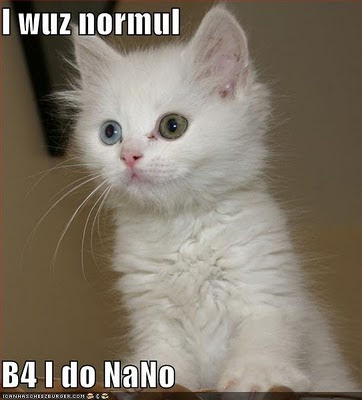 For the month of NaNo I'll be posting an excerpt here every Friday. This week's excerpt is the opening scene. For those unfamiliar with the concept of NaNo, I'd like to emphasize that this is a ROUGH DRAFT. :-)

Jaxson Hunter nursed his drink slowly, he was starting to feel a distinct buzz from the whiskey and he wanted to prolong the feeling. Idly he glanced around the hotel bar, trying to see where the blonde had gotten to. Ah, there she was, sitting alone at a corner table. He contemplated going over to see if she wanted some company, then dismissed it as a bad idea. She didn’t look like a one night stand kind of woman, and that’s all he was willing to offer.

He’d noticed her the moment she’d entered the hotel bar. He wasn’t the only one, several heads had turned. She was average height, but there was nothing average about her looks. Underneath a cascade of wavy blonde hair was a heart shaped face and pouty lips just made for kissing. The body-skimming blue dress she wore showed off her curves in a modest way without flaunting them. Add to that breasts large enough to have just a hint of bounce and an ass firm enough to sink your teeth into and it was a wonder there wasn’t a stampede to get to her. Good thing this was a respectable hotel.

“She’s probably a hooker,” Jace, bass player for the White Knights, said as he sank into the chair opposite Jaxson.

“I’m not blind, man. You haven’t been able to take your eyes off her since she sauntered in here.”

“She didn’t saunter, she walked. And there’s no way that woman is a hooker, she’s got way too much class. And she’s not exactly inviting attention. In fact, she reminds me of . . .” His voice trailed off. Suddenly he tossed off his drink and signaled for another. “I just can’t help wondering what a woman like her is doing all alone in a bar.”

“Well, she won’t be leaving alone, if the guy I heard talking in the can has anything to say about it.”

Jaxson refocused his attention on his friend. “What are you talking about?”

Jace shrugged. “Happens all the time. Pretty woman gets tanked, sleezeball guy hangs around waiting for her to leave and ends up with a one night stand. The way she’s been drinking, it won’t be long now.”

Taking a closer look at the woman in question, Jaxson realized she’d been drinking pretty steadily. He didn’t think she was meeting anyone here and it didn’t seem as though she was looking for company. She’d been approached several times when she’d been sitting at the bar sent them all on there way with a polite smile. That’s probably why she moved to the table, so they’d leave her alone. It was working so far, but he had to wonder for how long.

She reached for her purse and swayed slightly as she got to her feet. A man in a rumpled business suit sitting at a table nearby stumbled to his feet. He almost tripped over himself as he weaved his way towards her. Jaxson came to a decision. Standing up, he caught the other man’s eye, glared a message at him, and shook his head slightly. The man hesitated, took in Jaxson’s size, then shrugged and went back to his own table.

Jaxson tossed a couple of bills on the table. “I’ll catch you tomorrow before I leave.”

“Aw, man!” Jace said in disgust. “There he goes, ladies and gentlemen, the embodiment of the White Knights.”
Posted by C R Ward at 7:55 AM

Oooh, I love this! Jaxson is totally swoonworthy already :)

pouty lips just made for kissing? ROFL! that line cracks me up every time)
The story sounds great so far.