19. Favorite minor that decided to shove himself into the spotlight and why! 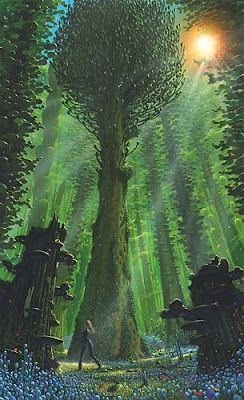 This would have to be the character of Sara, Hannah’s best friend in the first Myste book. We see her briefly in the first couple of chapters, and then she’s barely mentioned for the rest of the book. However, once Hannah’s story was finished, Sara decided to go look for her and have an adventure of her own. She even pulled one of the other minor characters from the first book into her story and made him her leading man. They have a much different adventure than Hannah had.

Why did she do it? Well, she and Hannah are best friends and they’d been out partying the previous night. She got worried when she didn’t hear from Hannah after she insisted on driving home even though the weather was crappy. After trying to phone Hannah several times, Sara’s conscience wouldn’t let her just sit around doing nothing, so she started off to Hannah’s house to make sure she was okay.

Sara started a bit of a revolution in this series. After I started her story, another minor character from the first book demanded equal time and his own story. Next thing I know, two minor characters who disappeared quite early in the action thought they should have some resolution, namely their own book. Then a minor character from Sara’s story thought he should get a turn too. God only knows where it’ll end!

If you'd like to take part, or just see the whole list of questions, go HERE
Posted by C R Ward at 8:00 AM

Email ThisBlogThis!Share to TwitterShare to FacebookShare to Pinterest
Labels: 30 days of questions, day 19