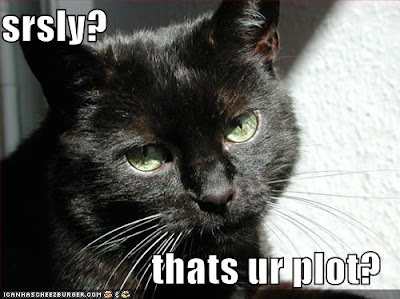 While exploring a temple with Bran, Skyler stumbles across a control room where he accidentally revives a woman who’s in some kind of stasis. He’s unable to communicate with her and she’s about to shoot him when Bran gets her first. This is actually a continuation of the scene on my other blog.


Skyler looked at Bran over the prone body at his feet, he was seriously annoyed. “What did you have to go and do that for? I was just making headway with her.”

Bran snorted. “Yes, I could see that. Any more progress and it’d be you lying there.”

Carefully, Skyler removed her weapons and passed them over to Bran, then knelt down and scooped her up. For all her height she didn’t seem to weigh much. She felt good in his arms, maybe even a little too good. He couldn’t seem to help trying to imagine what she looked like under that robe.

“What are you doing?”

“We can’t just leave her here.”

“You’re going to carry her all the way back to the Seeker?”

“Besides, you need to contact the Valkyrie and let them know we found a survivor.”

“You found her, you get yelled at for a change.”

“Fine, I’ll just put her back where I found her – we can't just leave her lying on the floor.”

Bran led the way back to the control room.

“What kind of mood was Chandra in when you made your report?”

“Terrific,” Skyler muttered. He laid the woman back on the platform, making sure she was in a comfortable looking position.

“She’s too pale,” Skyler said, studying her face. “How hard did you stun her?”

“Don’t worry, she’ll be up and ready to shoot you again in a few hours. Don’t you have a report to make?”

Skyler left to contact the ship and Bran studied the woman a moment longer. “What is it about you?” he murmured.

It didn’t take Skyler long to make his report and return. Bran, in the meantime, had moved over to the control console. After looking it over he decided it was just sheer luck that Skyler had been able to make it do anything.

“Well?” he asked as Skyler reappeared.

“We’re under strict orders not to touch anything else. Chandra’s sending an exploration team to do things right. “

“What about the artifact, and her,” Bran indicated the woman on the platform with a jerk of his thumb over his shoulder.

“We bring them back with us.” Skyler reached for the tracer he’d left on the console and accidentally turned it on. The loud beeping filled the room. He quickly switched it off again. “Sorry about that. We must be right under the fountain.”

“Any ideas how we’re going to get your friend to the ship?”

“As a matter of fact, I do. We go back to the ship and blast ourselves a runway right up to the base of the temple.”

“Let’s go,” Bran said, rising from his seat. “The sooner we get this done, the sooner we can be back on the Valkyrie having a drink.”
Posted by C R Ward at 8:00 AM