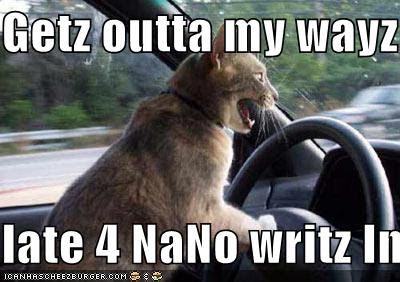 Skyler has an assignment he’s not sure how to handle, so he goes to his sister for advice.

Skyler paused outside a familiar door and then knocked once before entering.

He was just about knocked over as a small body ploughed into him. With a laugh he swept her up the air, holding her high above his head. She shrieked in delight and he gave her a hug and a kiss before putting her down again.

He laughed. “Little mercenary. Here.” He pulled a story disk out of his pocket and handed it to her.

She read the title, gave a squeal, then raced away again. It was a story she’d been asking for, as he well knew.

“You spoil her too much,” a gentle voice said. It belonged to a slim, dark haired woman just entering the room.

“Fine, we’re all good.” She peered closer at Skyler. “You look tired. I hear you and Bran have been up to your old tricks again.”

“What do you mean?” He made himself at home on one of the sofas.

“I mean, you’re sent on some mysterious assignment on a lifeless planet and come back with a beautiful woman. The only surprise is that Bran’s the one that got shot this time, not you.”

His eyes narrowed. “How did you find out? Just how high is your security clearance now?”

“High enough that I was sent down with the team to clean up after you two.” She poured them each a drink and he took his gratefully. Rhea was a xeno-anthropologist, the head of the alien artifacts department on the Valkyrie.

“What clean up? We didn’t do anything, the mess was already there.”

“You sheered off the top of the fountain!”

“So what? We needed to get inside it.” He took a sip of his drink and felt the liquor burn its way down. Just what he needed.

“You couldn’t just cut the top off and move it?”

“What is your problem?”

Rhea leaned forward. “That fountain was covered in writing, or didn’t you notice?”

He looked at her sheepishly. “I’m sorry, we didn’t even look. But we had a scamp recording everything, surely—”

“The scamp’s recordings were incomplete. We got just enough to tantalize us, but it’s going to take a lot of work to make any sense out of it.”

They drank in companionable silence. Rhea studied him carefully. She knew him better than anyone and knew when something was troubling him.

“That’s not what brought you here,” she said suddenly. “And I don’t think you’re here just to drink my best liquor. What’s going on, big brother?”

Skyler took a fortifying pull on his drink before answering. “I need your help,” he finally admitted.

For another excerpt, check out my other blog
Posted by C R Ward at 8:00 AM

uh, not to nit pick, but he must drink fast! He poured a drink and sat down, then she poured them both a drink??? Do I sense some editing gone awry? :D

*sigh* You caught me fair and square. I read this excerpt after I posted it and couldn't find where he was given a drink, even though she accused him of drinking her best liquor, so I added the part about him pouring himself a drink. Now, of course, it jumps right out at me.